Docker requires root escalation in order to execute an image, that crates some problem with files creation. Let’s say that we share a volume from host to docker and we create a file structure from inside docker.

This can be illustrated by an code snippet

Why this is even an issue? I’ve found this problem mostly annoying on local setup, as I need to use sudo for simple hause-keeping tasks. Another case when it’s very problematic is to use docker on Jenkins – as this prevents to remove workspace after a job is done.

Do you know #ifdef?

This time I would like to focus on some aspect that every C/C++ programmer is familiar with. That is preprocessor conditions. Before being crucified because of using #ifdef and C++ in the same sentence. I would like to confess, that this is still something frequently used.

#ifdef is a preprocessor condition, that includes containing code whether condition predicate solves to ‘true’. It might be useful to make sure some code will be never compiled.

For the instance let’s see a code

This page describes my journey of creating and publishing an NPM package and reflections about this process.

I have chosen TypeScript as a development language for the chunked-call library. Basically it’s a 3 function library with ~70 lines of code, it’s nothing special at all. My ambition was to publish something in a right way and I was positively surprised about the process and what enforced me to make it right. Please note that this page is not a guide about pushing stuff to NPM registry or how to create an NPM package project in your language of choice. For those it’s always better to see an official documentation for either NPM or for your tool/language.

Some information here might be trivial for you if you develop on daily basis in JS/TS, to me as C++ developer they weren’t.

Thank you Adobe (Macromedia) for Flash

Google trends, Apple, Google Chrome and plenty of developers put a cross on Flash. In my opinion without Flash the current web tech stack might look different.

I wrote my first line of code in ActionScript 2.0 it was 13 years ago and it was streamlined with the style of web. Big boom of flash animations, letters flying around and flash menus. In addition I’m putting myself as the worst person on the World in terms of color matching. At the moment of doing it I didn’t know that I become a programmer, I liked PC though.

A couple of years later I was doing more and more programming, some in Pascal, some in C. Neither of them attracted me for more time (before college) so that I was experimenting in Flash, and I enjoy a lot the simplicity of putting a movement to MovieClips, Timeline manipulation or doing mouse actions. During college, I’ve switched focus to C++98, Verilog and SystemC. Probably by accident I started to work in game industry at GameFactory, where I co-developed around 7 titles in Flash and 2 in Unity 4, then at King I’ve started to work as an AS3/C++ Engine developer. All of it doesn’t make me guru neither of language nor of the best practices. I achieved level where I felt comfortable with API and tech and I could utilize well that Flash offers,

I didn’t notice this aspect before, but after working as an engine developer I understood how hard is to provide clean API what is future-proof. As a noob I was able to deduce what some API call will do. For 8 year of working with Flash Player I don’t remember any problem with breaking changes. API was flexible enough to add new functionality, it was smartly designed around passing an extra configuration objects like LoaderContext. For the instance, when they added an asynchronous image decoding, it wasn’t done by an extra argument for function call, it was an extra property of context. KISS in practice.

I love Dictionary with weak keys, and Object where you can put other objects as a key.

I love typed Vectors, (And hate a little bit for weak performance even with fixed size, and conversion between them).

I love for each..in loop.

And I was so surprised that JavaScript has none of them. In such a way ECMAScript 4 (ES4) from ActionScript 3.0 is far more developer friendly than ES5 is. In someway ES6 tries the best by adding classes. But there is plenty of other missing features like: final classes, private, public, protected, internal accessors. Explicit inline (This is more compiler feature than language), strong typed (thankfully we have TypeScript), well designed Event System with nice propagation (It’s more like a library feature rather tan language), no confusion with undefined, no confusion with this, and static variables / functions.

Use CMake and Make, when sh.exe is in PATH on Windows

In order to be trapped by this problem your project / environment has to meet following conditions:

Conditions 1 and 2 are pretty easy to fulfill, for the instance you try to compile Emscripten or Android based project. Condition 3 might look pretty odd. Why sh.exe on Windows? To me it was a natural ripple effect of having Git installed with Linux like tools in system PATH. I just love to use ‘ls’ instead of ‘dir’ in command line.

This is an extension to my previous post about this problem: https://trzeci.eu/windows-10-support-of-hi-dpi-and-low-dpi-displays/

I’m right after install an update to Windows 10 Creators Update / 1703 and problem with scaling of some most applications has been solved by introduction new compatibility mode. 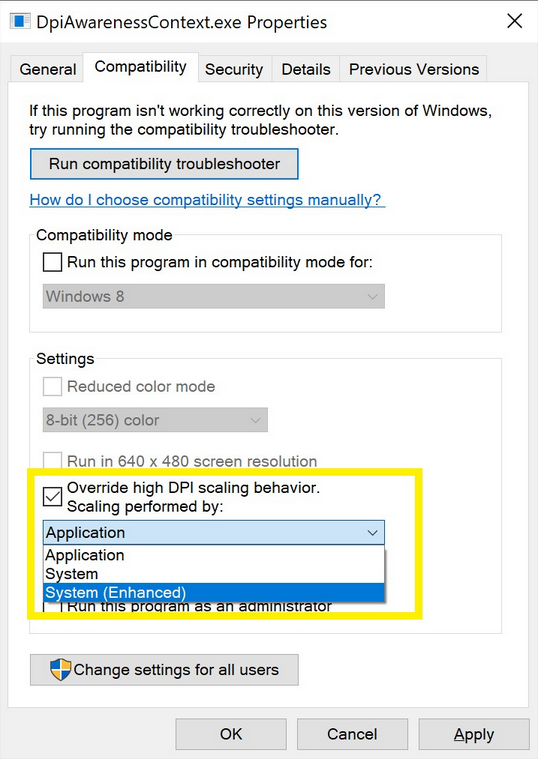 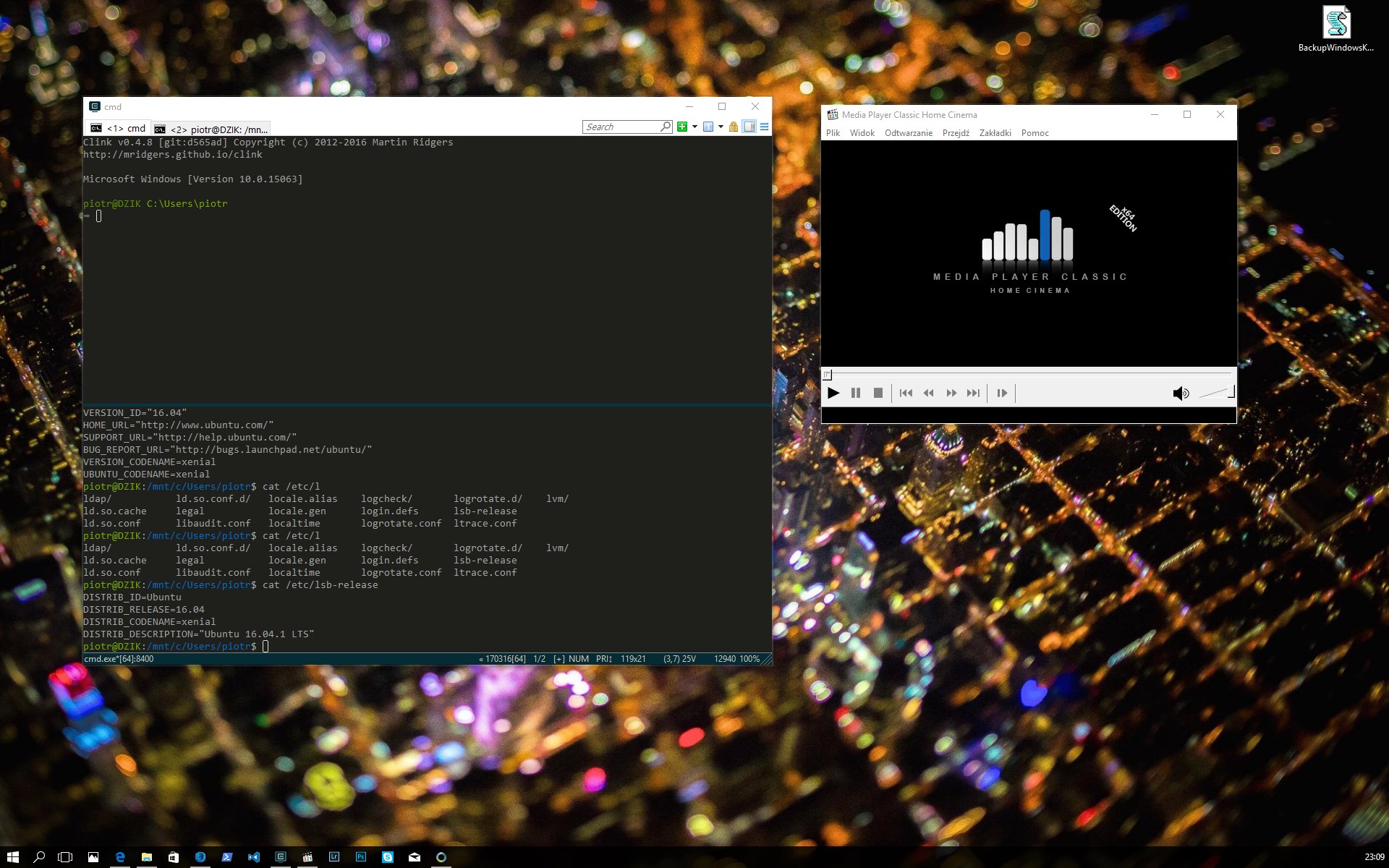 After testing this for a couple of days I fount some glitches with Enhancement mode.

On LowDPI screen: moving location “segment” somewhere in order to link it. 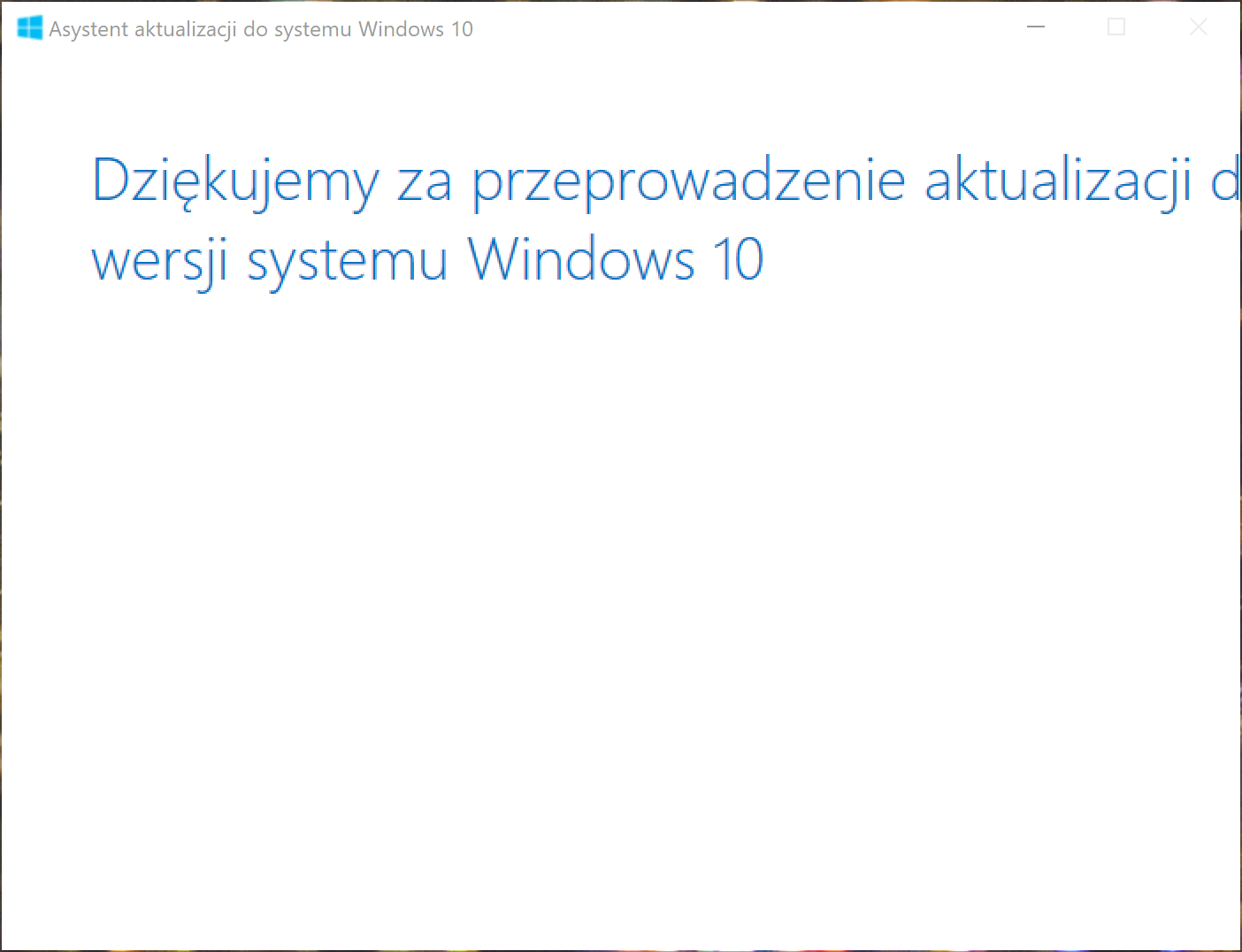 Other software what has some issues with enhancement mode.

This soft works nicely without compatibility mode, but when I started to use ConEmu with Enhancement mode, it passes execution context to every application what is created from the console. Hence when I type code in my console it inherits settings.Then it looks like that:
HighDPI screen 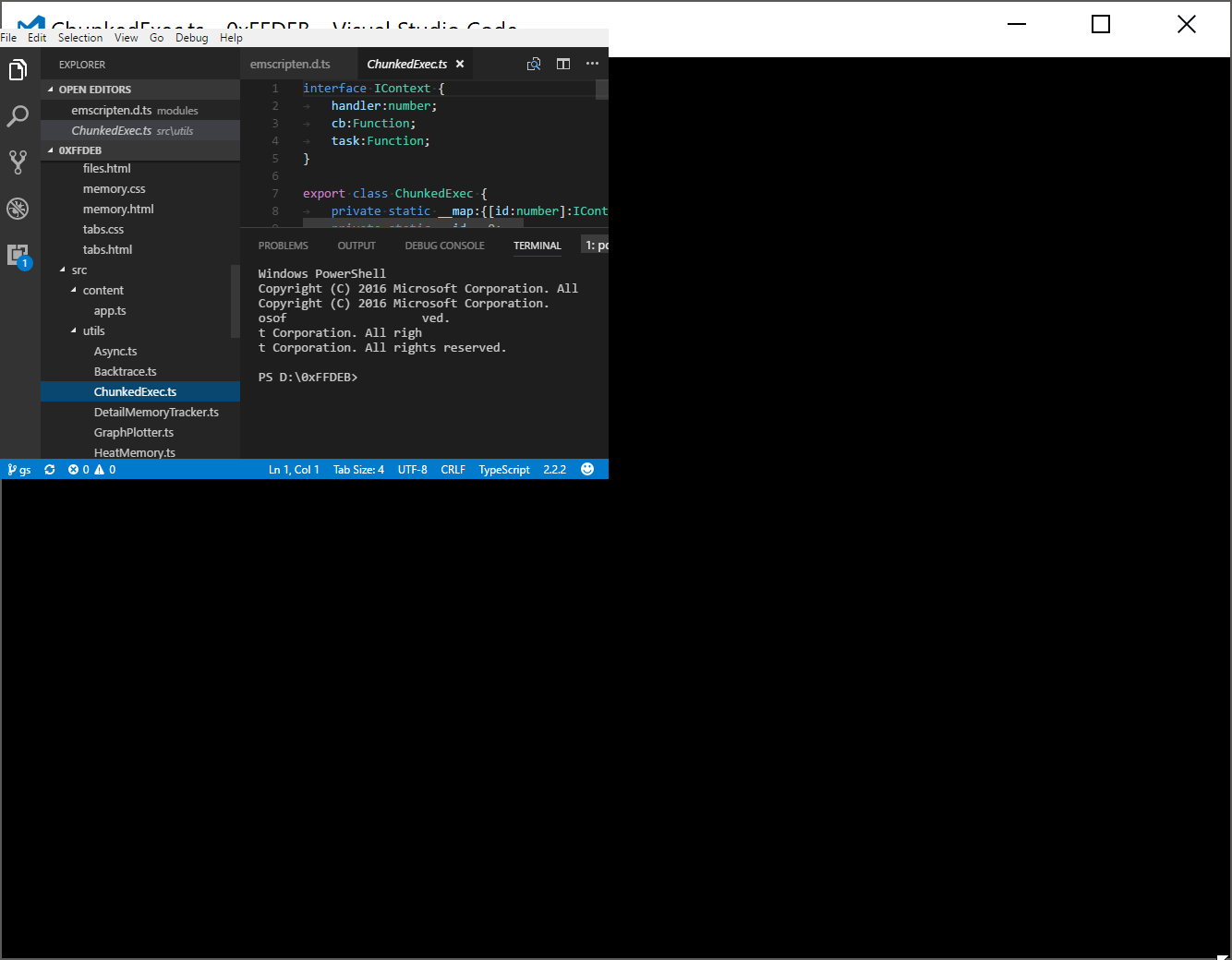 This case applies on other applications, when improved compatibility mode is enabled. 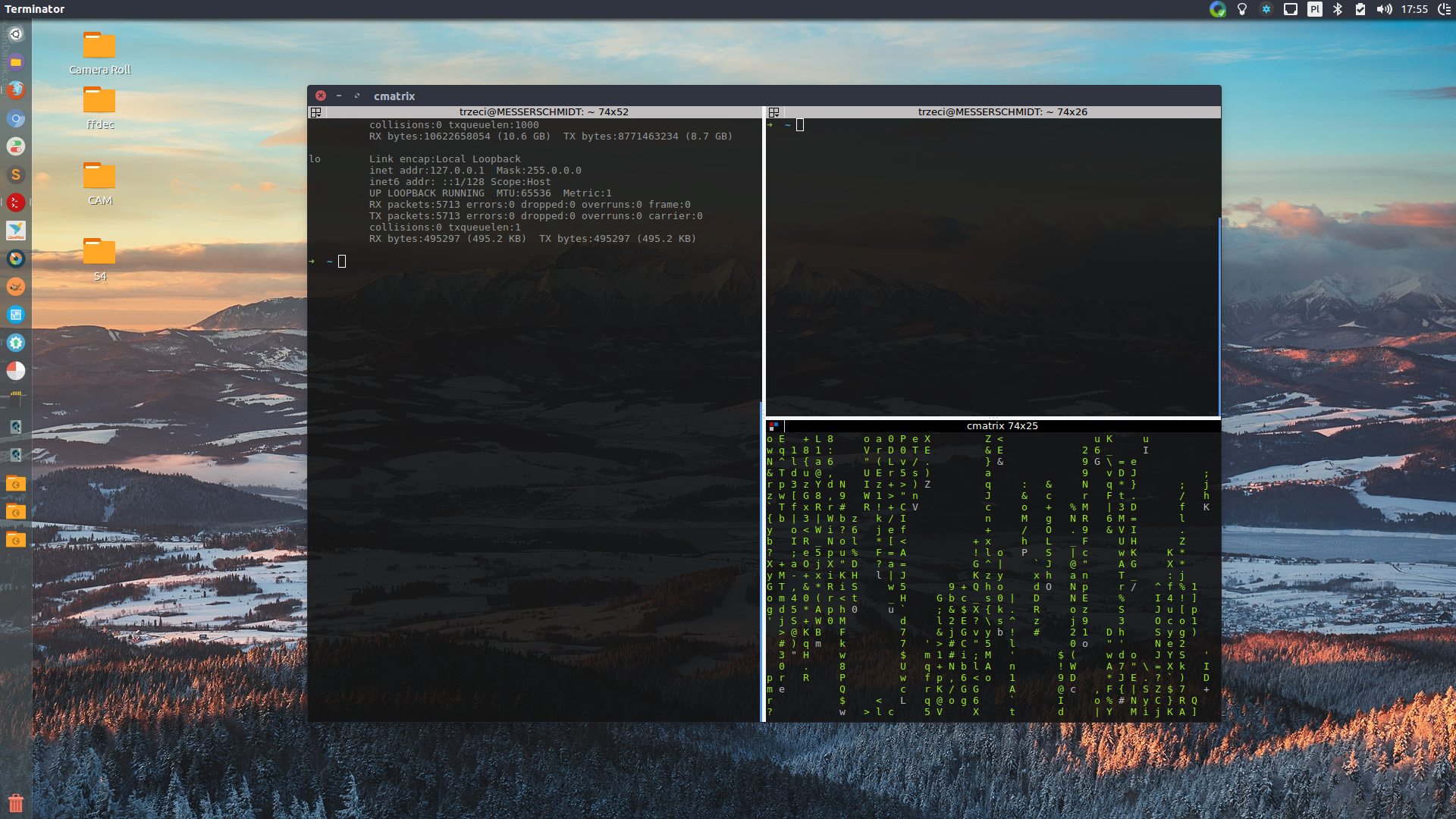 Compile with WebAssembly on Windows

The base instruction is placed over http://webassembly.org/getting-started/developers-guide/ Unfortunately at this moment (17th of December 2016) It does not cover an instruction for Windows.

One option could be to use Windows Subsystem for Linux :) If this is not an option then remaining options are:

In Chrome 55+ the function setVelocity has been removed. If your C++ game depends on OpenAL and somewhere you call:

Then you should either remove those calls, but if your game depends on AL_SOURCE_RELATIVE and you cannot remove it, then it’s required to add a simple snipped to your HTML page:

It’s required due an underlying implementation that sets velocity while you call set source relative.

Use Docker image directly under Windows 10

Windows Subsystem for Linux allows to run Linux binaries directly under Windows. Next logical step might be to try to install Docker on the Linux, and then run images.

It might work, never tried. But, I’ve discovered (quite late – I have to admit) a way to ‘mount’ directly any Docker image as a subsystem for Windows 10.